From professional football to Lyme disease and back 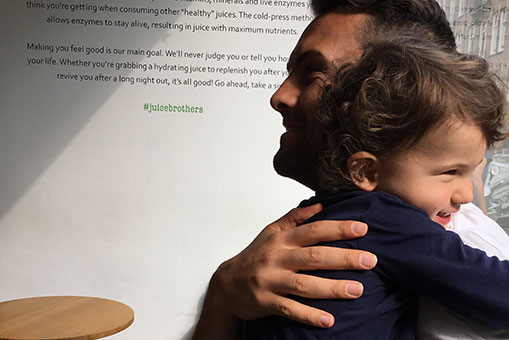 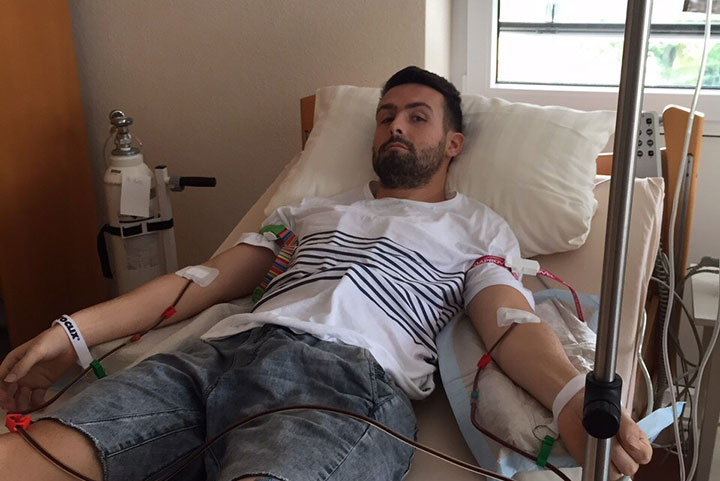 The Journey of Ryan Stig

Six years ago, Ryan Stig was playing halfback for the Newcastle Knights and at the age of 22, he appeared to have the rugby-league world in Australia at his feet. He played 13 games for Newcastle and was rewarded by a two-year contract by incoming coach, Wayne Bennett.

But his promising NRL career was derailed when he found he had a blood clot behind one eye and he could tell there was something going wrong with his health. He knew he had to take a break from football and get to the bottom of it.

It took two years for Stig to be diagnosed with Lyme disease – a bacterial infection often transmitted by a tick. This life-threatening illness is still unrecognised in this country so even a diagnosis can take years. Stig says at the time, he had all the usual tests and his doctors could find nothing wrong but by 2013, he knew he was going downhill fast.

“I had a lot of neurological issues and I just wasn’t getting good results from any traditional treatments. Which is when we started looking at alternatives,” he adds.

While Lyme disease is usually transmitted by a tick bite, Stig says he “doesn’t remember a tick bite” so he’s unsure how he got the disease but there’s now a great deal of research out which points to a range of other ways it’s possible to get the infection including bites from nymphal ticks (baby ticks which are very hard to see), lice, mosquito bites and eating infected meat.

Ryan says that looking back he feels by 2012, he had a surgery on his knee and after that, his system could have been a bit low at that time.

“There are so many layers to Lyme disease – heavy metals, mould – all of these could have taken their toll,” he adds.

Once he had the diagnosis of Lyme disease, Stig started treatment for the illness – often a lengthy and complicated process. When Australian doctors were at a loss for a cure, he did some of his own research, sought more medical advice and also talked to people who’d been overseas for alternative treatments for Lyme disease.

In late 2013 he went to Mexico for stem-cell therapy and vitamin infusions but only found slight relief from these.

Travelled to Germany for hyperthermia

Then in 2014 he decided to travel to the St George Hospital in Germany and undergo the two-week Lyme treatment including hyperthermia – an unusual treatment which did end up giving him the results he was after.

“They put me to sleep and heated up my body slowly to 42 degrees and then held me at that temperature for two hours. The whole process takes eight hours. Until this treatment, I felt like I was going backwards even though I’d been throwing the kitchen sink at it. I was ticking every box and getting nowhere and it was just so frustrating.

“I just couldn’t break the back of it – until I went to Germany and that finally got me going in the right direction. I felt that this treatment was the turning point and I’ve been slowly getting my life back ever since,” he says.

“I believe by heating your body, this treatment taps into the bodies’ natural healing responses. Like when you get a fever when sick,” he adds.

By this stage, Stig and his wife Andrea, had a little baby girl called Nora and he adds: “Nora came in early on so that obviously gave me a little extra motivation.”

Stig says while he was happy with the results from the hyperthermia treatment, he was determined to leave no stone unturned in his pursuit of getting 100 per cent better. He’d already carried out a lot of parasite cleansing but then he went a step further and in 2015 went on a five-week water fast.

With incredible will power, over this five-week period, he ate nothing and drank only water.

He explains the reason a water fast helps the body to fight off an infection is that usually the body uses a great deal of energy to digest food but when there’s nothing to digest, it turns its attention to healing.

Stig lost 20 kilograms during the fast but says it was worth it because “… it was instrumental in me getting better.”

“Up until then, it was all about trying to fight the disease and kill it but after I did the fast, I finally felt I was winning the battle,” he says.

He broke his fast on his daughter’s first birthday and so he was able to have some small portions of fruit. As Stig says: “No chocolate or pizza unfortunately. It’s very important to eat carefully after fasting.”

Back on track now

Stig kept his diligent attitude towards his health up and so he adhered to a radical protocol including IV vitamin infusions, immune-boosting herbs and homeopathics etc etc.

“With Lyme, getting better is an ongoing saga but unfortunately, not everyone has the resources to battle it the way they should… People are dying and we need to save these people’s lives. There’s a lot of injustice,” to do with Lyme, Stig adds.

“I wasn’t in an amazing position and I’ve exhausted all our money to do it. It’s left us pretty bruised and battered on the other side. It’s a real journey and it puts a load on everyone else around you,” he says.

Because Lyme can be sexually-transmitted, Stig’s wife, Andrea, also had the hyperthermia treatment. “We just couldn’t take the risk,” he explains. “We’ve been looking after our two kids and looking after their immune system constantly. They’ve had a good start to life because of that. You have to turn a negative into a positive.”

What’s his advice to people about Lyme?

“People need to look out for tick bites, yes, but I think the correct approach is to look at the whole ‘Lyme syndrome.’ If people get it, it’s probably their immune system that’s been impaired by things like heavy metals, mould and different viruses.

“It’s definitely important to drink good water and eat food that’s not toxic and hasn’t been sprayed. All of these little things add up when it comes to our health,” Stig adds.

“Looking after your gut health is important – whether the Lyme bacteria is the straw that breaks the camel’s back is the question. Looking through the lens of what I’ve been through, I see people who are walking around like ticking time bombs now.

“I’m now consistently being pro-active about my health because I believe that is the best way to get back to where I was five years ago. Unfortunately, people sometimes don’t get the greatest advice when they need it. Initially, if I’d had really good advice, I could have swung it around earlier because time is of the essence.

“Obviously, there’s some great GPs and doctors out there but I think there’s more they could know on a holistic level… Looking broadly, we all need to be learning and adding to our knowledge about this disease,” he says.

Back to playing football

Stig says he’s happy with the progress he’s made and: “Whilst I don’t feel that I am absolutely back to where I was before the illness, I feel I’m doing pretty well in consideration to four years ago.”

“Your health is like an onion – you just keep peeling the layers back until you finally get better,” he explains.

As the years went by and his health began to improve, Stig says he started to think about getting back to his football. He admits that even at the height of his illness, he never lost his passion for the game.

He started to get back into training and by April of this year, he was playing reserve grade games – something he thought might never happen again. He says it felt “surreal” to be back playing, “… but it’s like riding a bike – it soon came back to me.”

“In the trial match, my little girl and my wife were able to come to the game. I never thought I’d get to do that with them… That was a great experience,” he adds.

While he didn’t quite make it back to the NRL, a new chapter has opened up for Stig. He says he’s always wanted to play overseas and when the opportunity came up to go and play abroad with his young family, he jumped at it.

Playing for the Limoux Grizzlies in France

“I’m quite motivated and I’m looking forward to hopefully playing well. I think we’ll really enjoy it and we are open at this stage to the stay being a number of season. We’ll see how it goes,” he adds.

Stig says he’s looking forward to the traditional culture of France: “The farmers’ markets and things like that. I think it helps because anyone who’s been really ill and changed their eating habits can appreciate this sort of lifestyle.”

He emphasises he’s had enormous support from his wife, Andrea, plus his close family in order to get through Lyme disease and across to the other side. “I feel great again now,” he says. “I have a wife and two young kids so I have a lot to be thankful for.”

“With Lyme, you have to work so hard just to get back to doing everyday things,” he adds, “but it’s all worth it in the long run. I’ve learned through my struggle that there is always someone doing worse.”

Recently, Stig accepted the Lyme Disease Association of Australia’s (LDAA) invitation to become an ambassador and at the time he said: “I’ve learned through my struggle that there is always someone doing worse, and that is the reason I have joined LDAA as an Ambassador. The LDAA is supporting patients when they have nowhere else to turn and raising awareness so that Australians are coming to know a tick bite can make you sick, and I am very happy to support their work”.