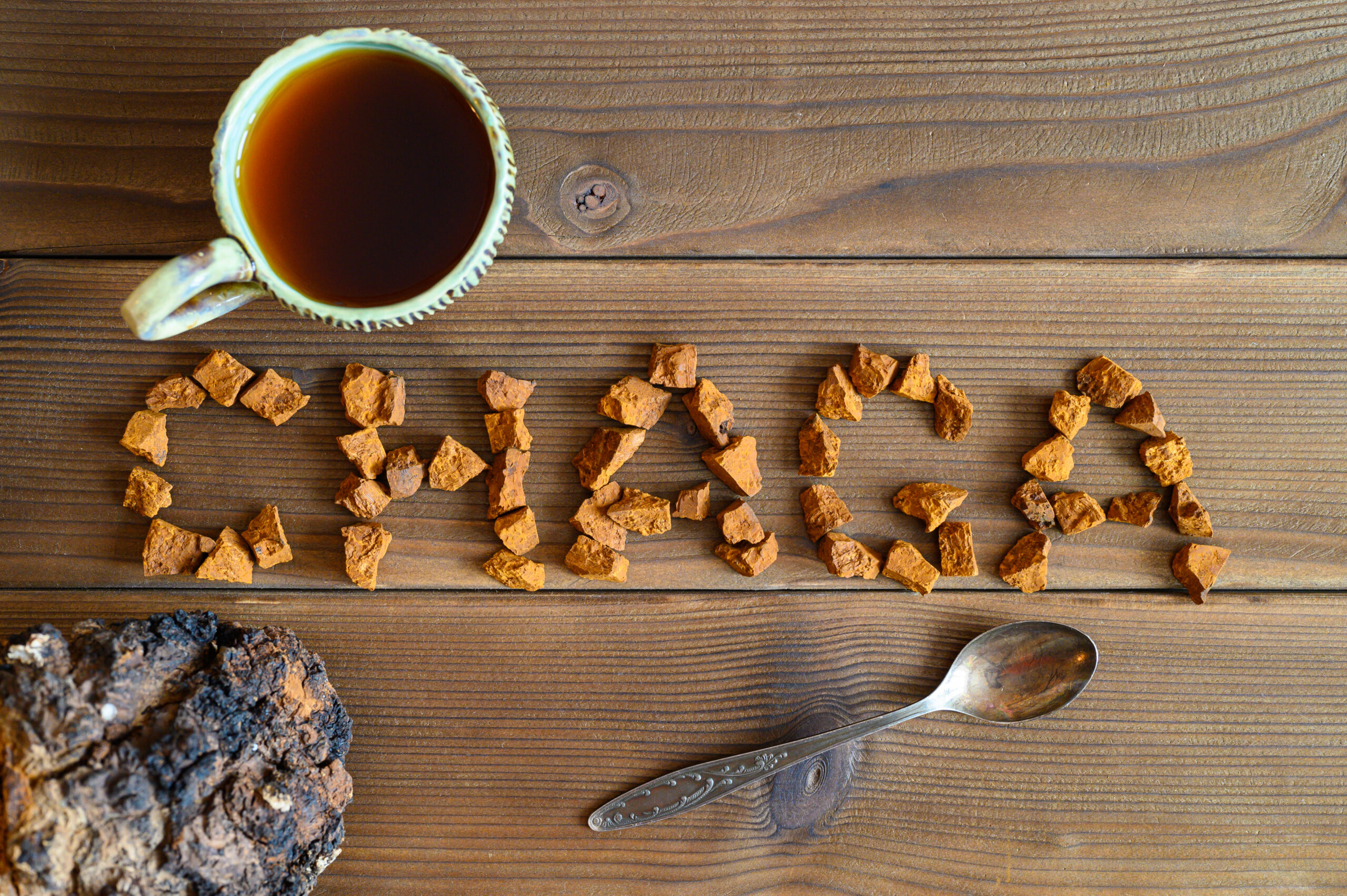 During my first week working as a pharmacist on an integrative interprofessional team at an HIV clinic, the chaga mushroom was brought to my attention by a spunky herbalist. After I let out a restrained chuckle, I asked her, “But, what do you mean?”

As an Integrative Health Pharmacist, I am passionate about using a multimodal approach and whole-person perspective when it comes to health and healing; this includes the use of many methodologies of medicine, such as dietary supplementation, homeopathy, meditation and, of course, herbs. When delving into the vast realm that is herbalism, there is a certain subclass that has recently caught the attention of the public: adaptogens. So, what are they? Adaptogens are herbs that are known for improving the body’s ability to adapt to internal and external stressors, to support its overall resilience. Chaga (Inonotus obliquus), along with other fun-ctional mushrooms, fit into this category.

Just as lion’s mane, discussed in Part II of this series, has a distinct appearance, so does chaga; it has been described by many as looking like a mound of charcoal rather than looking like a stereotypical capped mushroom. Currently in its peak growth season, it is a fungus found mostly on tree barks in the very cold climates of North America, Northern Europe and Russia.

If not the most popular, chaga is one of the most popular medicinal mushrooms right now because, although it cannot not take you on a mystical journey like a psychedelic mushroom, it has been touted for its powerful magical qualities to contribute to our health and wellbeing.

When there are too many free radicals zooming around the body and causing damage, this is considered a state of oxidative stress, which can cause inflammation, chronic diseases and premature aging, among other ailments. When evaluated by the Oxygen Radical Absorbance Capacity (ORAC), a lab test assessing a substance’s ability to inhibit peroxyl radical-induced oxidation, or, in other words, a lab test assessing the amount of antioxidant activity, chaga had a whopping 150,000 units (compared to reishi at nearly 10,000 units). Due to this incredible quality, chaga can provide protection against the negative effects of oxidative stress involving cell and DNA deterioration.

Unsurprisingly, chaga mushrooms are beneficial for the immune system. When the body is under stress fighting an infection or trying to suppress inflammation, it looks to its immune system to prevent the production of inflammatory markers, such as cytokines. This term may sound familiar from its use in the media recently in relationship to the pathophysiology of COVID-19; cytokines are proteins (eg. interferons, interleukins) that are important in many cell signaling pathways, but when compromised, it can cause a cytokine storm in which the body inadvertently attacks itself. This course of events has been well-researched and has been discovered to be a part of the pathogenesis of illnesses such as cancer and autoimmune diseases, like Lyme disease. Crucial to patients with these conditions, chaga has also been investigated for its capacity to combat gastritis and support liver detoxification.

Due to the chance of excess unwanted cytokines, patients with Lyme disease are recommended to take adaptogens, like chaga, to prevent causes of inflammation and negative immunomodulation. This along with restful sleep, meditation, exercise, stress management and anti-inflammatory foods are the optimal combination to avoid flare-ups and promote homeostasis, or balance, in the body.

To consume chaga, it can be taken as a powder added to your favorite beverage, or even sipped as a tea on its own. It has a noticeably bitter taste, so most people opt to mix it in their morning coffee or evening hot cocoa.

In case you are wondering what my new herbalist friend meant by ‘fun’ in functional, she meant that due to chaga’s undeniable influence and potential impact on the body, it can improve a patient’s quality of life and give them the chance to have more fun.