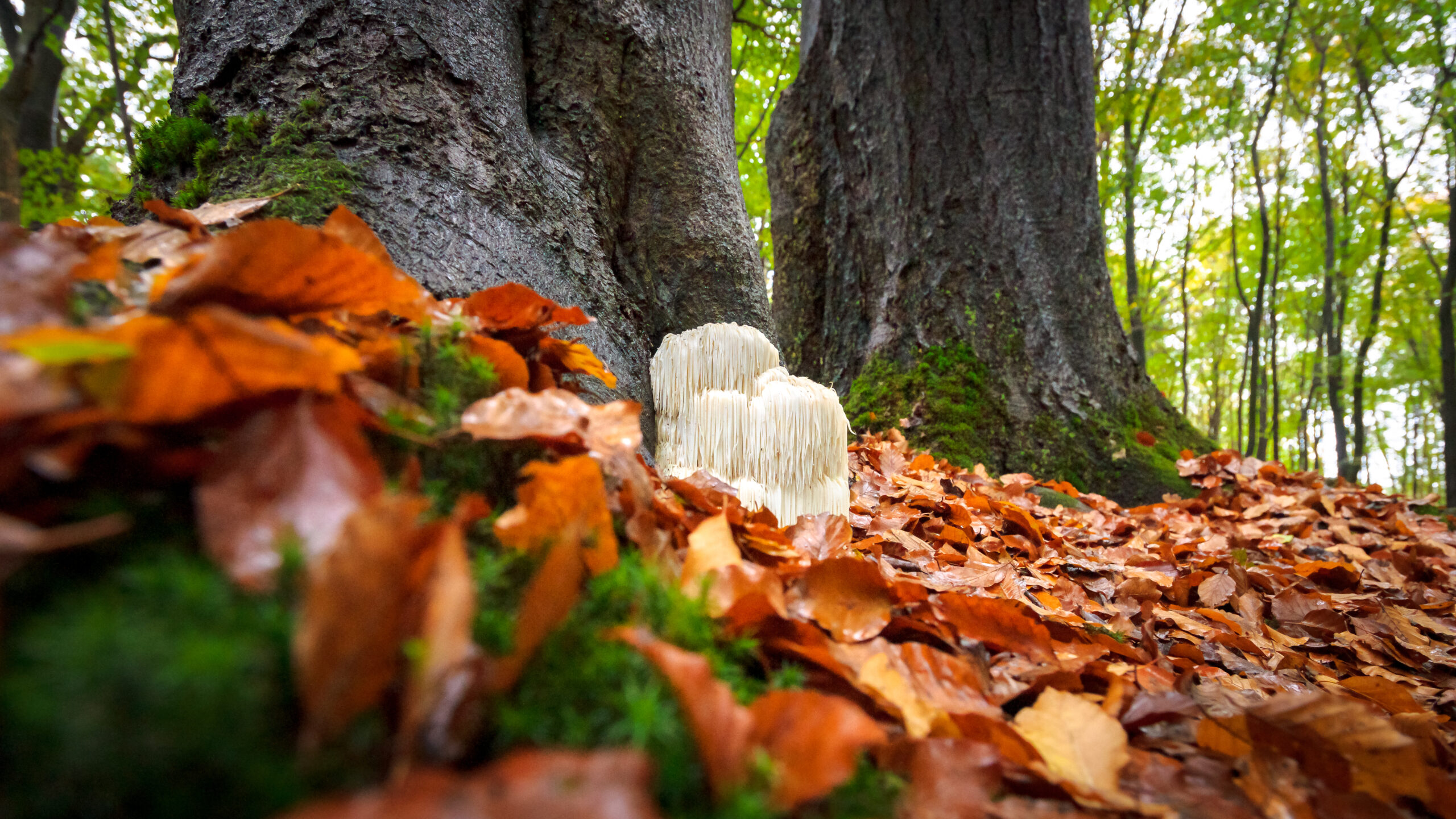 On to part two of this adaptogens series in which we will discuss the medicinal mushroom, lion’s mane.

As an Integrative Health Pharmacist, I am passionate about viewing health from a holistic perspective with a multifaceted and multilayered approach. Modalities to achieve treatment goals still include the conventional prescription medications, but also add other practices such as meditation, cannabinoid medicine, dietary supplementation, homeopathy and herbs. Within the eastern and western herbs most popular in our culture today, in particular, there is a subclass called adaptogens which are best characterized by their ability to help the body adapt to external factors over time. Medicinal mushrooms fall into this category; although they do not not evoke a mystical experience as a psychedelic mushroom would, they can be nutritional powerhouses and provide patients a range of benefits.

Very difficult to confuse with other mushrooms, lion’s mane (Hericium erinaceus) is distinct in its appearance with a defined cascading waterfall of icicle-like structures attached to a short stalk. Usually found on the sides of decaying hardwood in the forest, you would never know the benefits locked inside these “pom pom mushrooms” (another name for lion’s mane—my favorite!).

Famed for its ability to repair nerve damage

Medicinally, it is best known for acting as a nootropic, a substance that may enhance cognition, learning, concentration and memory. The bioactives (namely, benzyl alcohol derivatives, hericenones, and, diterpenoid derivatives, erinacines) stimulate the production of the nerve growth factor (NGF), famed for its ability for repairing nerve damage, a chief concern for many Lyme disease patients. In a 2008 study, it was demonstrated that out of a number of extracts from edible medicinal mushrooms, only lion’s mane had this extraordinary effect.

In addition, lion’s mane can be beneficial in the improvement of neuronal network connections, explaining its neurogenic and neuroregenerative abilities. In Lyme disease patients, mushrooms have been shown to promote the production of brain cells as well as the regulation of myelin, a substance surrounding axons to provide insulation, support and protection as well as allow for optimal speed for neuronal signal transduction.

The loss of myelin has been in heated debate as one of the possible causes of dementia or Alzheimer’s Disease, suggesting that lion’s mane supplementation could in fact be a part of the preventative regimen of an otherwise seemingly unavoidable outcome. Lion’s mane is also linked with anti-aging properties as demonstrated in animal studies in which the subjects have a significantly decreased lipofuscin concentration; these results can be extrapolated as this compound is a waste product in both human and animal aging metabolism that accumulates in cells over time, eventually leading to cell dysfunction.

Next time you visit the farmer’s market, ask your local mushroom guy about lion’s mane. In my experience, he will likely tell you they can be hard to grow, but are worth it for their subtle shellfish-type flavor and absorptive nature, making it perfect for many savory dishes. When looking at the multitude of integrative wellness options for the path of healing in Lyme disease, lion’s mane could be an excellent selection given its impact on the nervous system. To learn more about other adaptogenic mushrooms, check out part one on reishi  or part three on chaga.